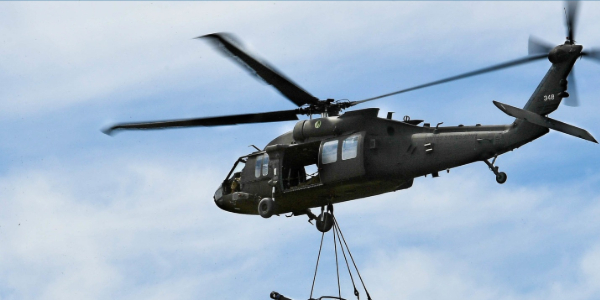 Over the past 10 years, the number of civilian helicopters in use has increased by almost 40%. But outside the world of aerospace hobbyists, flying enthusiasts, and specialized professionals, there are literally thousands of military helicopters in use.

Of all the magnificent helicopters used by the military, the Sikorsky Black Hawk helicopters are among the most powerful and impressive.

About the UH-60 Black Hawk Helicopter

Typically used as an Army primary medium-lift utility transport, the UH-60 Black Hawk is often the machine chosen to carry air cavalry companies into combat. With its powerful Sikorsky Black Hawk parts, the chopper is capable of transporting 11 troops equipped for combat, sometimes along with its own UH-60 spare parts. A Black Hawk may also be used as a medivac helicopter, able to carry four full-size litters as well as a medical officer.

The Black Hawk offers both pilots seats that are protected with heavy armor, and an armored fuselage capable of withstanding hits from guns with up to 23mm shells. It can also operate safely in the majority of severe weather conditions thanks to its wide array of advanced avionics. For defense, the Black Hawk is equipped with an AN/APR-39, which is a lightweight radar that detects radar-directed threats with enough time left to make evasive maneuvers and deploy chaff. Additionally, the UH-60 has a four-bladed primary rotor and one four-bladed tail rotor, both of which are built with titanium cores. Thanks to the titanium, the rotors are resistant against AAA fire up to 23mm.

While all of these facts are certainly impressive, you may be wondering what exactly has made the Black Hawk helicopter such a successful platform for the army, ever since its introduction to service in 1979. Whether you’re doing research for Black Hawk replacement parts in advance of purchase or just for fun, the following facts will help you understand the power and efficiency of the UH-60 Black Hawk helicopter.

From carrying its own Black hawk replacement parts to fitting into the confines of a C-130 Hercules, these facts are what make the Sikorsky UH-60 Black Hawk helicopter so amazing.

For your own Black Hawk replacement parts needs, look to Rotair Aerospace Corporation.