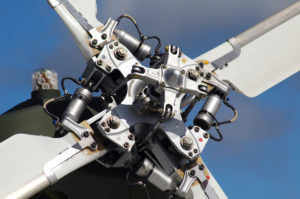 Military and civilian helicopters are similar in a lot of ways. While they have similar builds and function in similar ways, there are specific requirements that military helicopters have that civilian ones may not. Safety and functionality are always important in an aircraft, but they become even more crucial in military situations.

When it comes to military helicopter parts, they need to be lightweight but durable. Materials such as titanium and carbon fiber composites are more likely to be used over the aluminum that is often used for commercial purposes. Military helicopters need to be aerodynamic while still being able to withstand the elements of a war zone. Black Hawk replacement parts are likely to be made from different materials than that of a commercial aircraft, although they will still function in a similar manner.

Black Hawk parts need to have a different level of fire and bullet resistance than commercial parts. After all, the risk of exposure to flames and ballistics is higher in a military zone. This means extra fire retardant coatings and thicker layers of materials need to be used. There may even be special blade cores used that are less likely to soften in high temperatures.

Something you won’t see on a commercial helicopter that may be present on a military one is an armament subsystem. Put simply, this is the system that allows helicopters to be armed with weapons. Black Hawk replacement parts may include parts to fix these armament systems if they are present. These systems can utilize a variety of weapons from machine guns to grenade launchers. The kind of system used is going to depend on the model of helicopter and what it is being used for.

While the general idea of both types of helicopters are the same, buying helicopter replacement parts is going to be a unique experience for each type. Military helicopters may require special parts that a commercial one would not use. This means that not all helicopter parts suppliers will have what the military needs. There are companies that specialize in producing and distributing military aircraft parts for the thousands of military helicopters that are currently in use.

For more information about Black Hawk replacement parts, rely on the experience and quality of Rotair today.