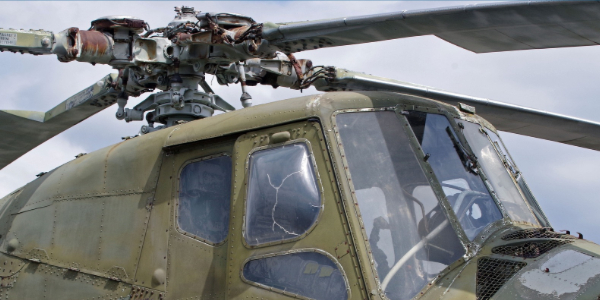 Helicopters have long been the territory of military personnel. With a scattered few civilian pilots, enthusiasts, and VIPs, the number of regular people on the prowl for Sikorsky helicopter parts has been admittedly few. But, as technology advances, we’re seeing some changes.

Within the last decade, the number of civilian helicopters has increased by 38%. With it, Sikorsky parts suppliers aren’t providing to such a limited market. There’s a particularly fascinating technological concept that’s been traveling well beyond more basic helicopter parts over the last few years: automation. With automation comes an aviation market that’s becoming increasingly accessible.

In the helicopter world, automation has a new name: SARA. Have you met her?

In 2013, Sikorsky started autonomous flight testing with their own Matrix Technology on one of their S-76 helicopters. Adding some serious technical edge and a few spare parts Sikorsky created SARA, which is short for Sikorsky Autonomous Research Aircraft. Since SARA was ideated, the program has accumulated more than 300 autonomous flight hours.

The purpose is fairly straightforward. As the number of pilots decreases and the demand for flight essential tasks increases, there needs to be some solution. Of course, the purpose doesn’t aim to replace pilots, but merely take some of the demand off their plates while operating a helicopter. Still, as you can imagine, there is pushback. As with any industry, the ominous specters of automation and software replacing human beings still haunt progress.

“Pilots will get in this and be resistant at first, but then be begging for it by the time they get on the ground. It’s the next logical step for all the pilot assistance systems we’ve developed over the years, all of which met with some initial pushback until the pilots saw their enormous value,” said Mark Ward, a former U.S. Coast Guard pilot with 20 years of experience before working with Sikorsky.

Flying SARA is more like operating. It’s even been compared to being video-game-esque. The demand for pilots is much less than traditional helicopter flight. So much so that journalists have been flying them with little more than 45 minutes of safety and operation instructions. When we think of helicopter parts, we’re not generally thinking of a veritable iPad that controls a 12,000 flying machine, but SARA aims to be the future of aviation.

And the future is here. The technology was expected by the middle of the 2020s, but, according to Sikorsky’s chief automation engineer Igor Cherepinsky, they’re ready right now.