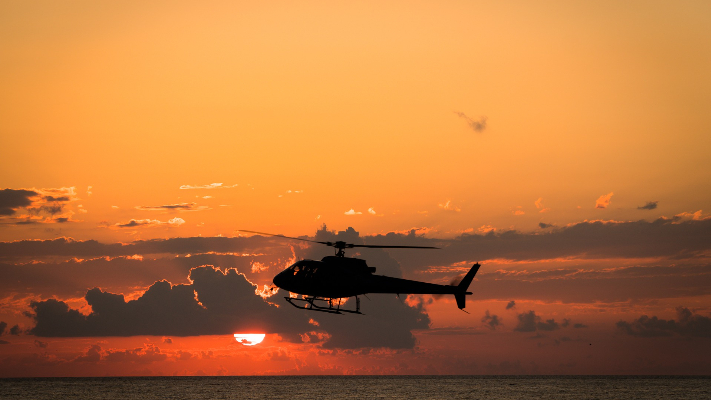 What is the Sikorsky UH-60 Black Hawk?

Named after the Sauk warrior and leader Black Hawk, the Sikorsky UH-60 Black Hawk is a four-blade, twin-engine, medium-lift utility helicopter. It was first submitted to the U.S. Army’s Utility Tactical Transport Aircraft System (UTTAS) competition in 1972 by Sikorsky Aircraft. However, att he first, the design was still the S-70. After a fly-off competition with the Boeing Vertol YUH-61, the Black Hawk was selected as the winner of the program in 1976.

When did the Sikorsky UH-60 Black Hawk enter service?

The UH-60A first entered service with the U.S. Army in 1979. The goal of the helicopter was to become the new tactical transport helicopter, replacing the Bell UH-1 Iroquois. Since its entry into the service, the Black Hawk has been improved, modified, and developed for use in the U.S. Navy, Air Force, and Coast Guard. The Black Hawk is also used in several nations outside the U.S. has been used in combat in conflicts in Grenada, Panama, Iraq, Somalia, the Balkans, Afghanistan, and other areas.

How was the Black Hawk upgraded?

The UH-60A was modified for new missions and roles after it entered service in 1979. These new roles included medical evacuation and mine laying. In 1987, the U.S. Army ordered the UH-60L be improved with new Sikorsky UH 60 Black Hawk parts due to weight increases from additional mission equipment.

The new model of the helicopter incorporated all of the modifications and Sikorsky UH 60 Black Hawk parts made to the UH-60A fleet as standard design features. The helicopter also featured greater lifting capability and power with an improved gearbox and upgraded engines. The Black Hawk’s lift capacity was increased by 1,000 pounds, making the helicopter capable of lifting 9,000 pounds. The Black Hawk was also given greater flight control for improved maneuvering.