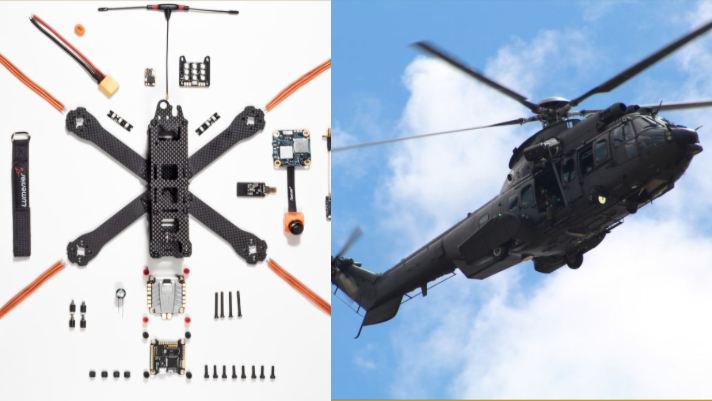 A helicopter consists of many parts, which work together in a markedly violent manner. As such, they experience fast wear and tear, especially when the helicopter flies over long distances. Of course, helicopters can travel far and for long without requiring immediate part replacement. But their parts experience lots of wear and tear. In recorded historical events, the longest helicopter flight stands at a record of 2213 miles. This is an indicator that the parts of a helicopter can do a lot of work before showing the need for a replacement. But these parts have to be changed on a regular and pre-determined basis set by the manufacturer based on flight time and cycle.

How Do You Get Helicopter Replacements Parts?

There are two options for getting helicopter replacement parts. You could either buy from the Original Equipment Manufacturer (OEM) or from a producer of parts under the Parts Manufacturing Approval (PMA) arrangement. Basically, OEM replacement parts are original spare parts from the manufacturer of the helicopter. On the other hand, PMA parts are parts made by manufacturers of spare parts who seek approval from the FAA. The FAA Order 8110.42A defines the process under which third parties are allowed to manufacture airworthy spare parts that mimic the original OEM parts. PMA arrangements were accepted since the 1940s to keep out-of-production helicopters in working condition.

Whether you’re seeking Black Hawk parts or Sikorsky parts, procuring high-quality helicopter replacement parts is important because top quality parts guarantee safety. Therefore, whether considering OEM or PMA, quality should always come as the first consideration. The cost of PMA parts is relatively low, thus making them popular in some quarters. Here is a comparative analysis of where, how, and when OEM and/or PMA parts become advantageous.

Quality as a factor of comparison

Both OEM and PMA helicopter replacement parts have been found to be equally effective and of high quality. There is sufficient evidence to show that PMA parts are as safe as OEM parts. There is no need to worry about PMA parts because they are only produced after they pass rigorous quality tests conducted by the FAA.

It’s often a challenge to get spare parts for most old models of helicopters that are not under active production. The OEMs may have stopped producing their parts, but you could possibly approach a PMA business and find the replacement part that you’re seeking for.

OEM parts have to be ordered directly from the manufacturer and if the buyer is in a faraway continent such as Africa or South America, then access to such helicopter parts becomes a challenge. But since PMA helicopter parts suppliers seek to out-compete the OEMs, they often create a wider supply network. PMA vendors are aggressive and this makes PMA parts easily available than OEM parts.